Hot tub’s are just places where bad decisions are made. It wasn’t “Swimming Pool Time Machine” or “Couch Time Machine”. They knew what they were doing. Hot tubs are their own kind of transport, rife with half-baked schemes, incomplete epiphanies, insincere flattering and unreasonable promises (and usually a fuzzy enough memory to never learn).

Late at night, sipping something strong and looking at the stars, more things are possible. Like running, for instance.

A polar bear swim, that extra finger of Sailor Jerry (you know who you are), committing to a 6am 10k, writing a book, a fourth child. You know. Whatever.

But occasionally an intriguing idea actually pops up and whoever is present swats at it for awhile. (In my hot tub’s defense, much of my book has been concocted while sipping something strong and staring at the stars)

Last Friday, with my sister and her fiancé in town, we sat in the blue glow of the jacuzzi, ripe for making life-changing decisions. Out of the blue, my sister’s fiancé says “I want to get married. Like now.” And we laugh. Hahaha. Get married now? Haha.  You’re hilarious. But… “Would it be that crazy?” I say and we swat at the idea for a little bit.

The answer is yes. It would be crazy. 48 hours?! My kind of crazy. I was already planning a wedding in my head. You didn’t know I liked planning weddings, did you? It’s a little hobby I have.

This was on Saturday. Wedding day would be Monday, before they left town on Tuesday. Muahahaha! What a thrill. 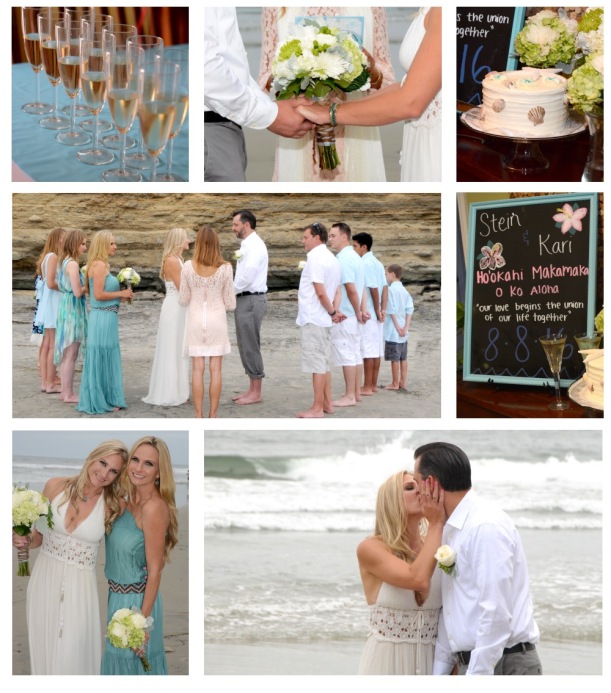