You’re not fluent in Chinese yet?

You haven’t purged your closet in a frenzy of endorphin-inducing productivity?

With all this newfound time, my schedule cleared of obligations, my social calendar a blank slate, wasn’t it time to clean the garage and take up a new instrument? I’d been meaning to get to those boxes of pictures for years. This must be the time! My house would shine. Squeaky doors oiled. Windowsills vacuumed. “It’s gonna be good,” I told myself. “Look at the positive that will come out of this terrifying pandemic.” *cue Pollyanna smile*

This went as you would expect the first line of every joke goes.

First, I watched a lot of news, checked a lot of feeds, learned a lot of virology stats and did a lot of hand washing. I devoured meme after meme and spoof after spoof. Other people were doing BRILLIANT things with their time!

Then, every day, as I bustled through menial things that somehow took way longer than they should have and relocated my coffee-drinking butt from one chair to the next, I beat myself up about what a slug I was. Where was that gusto to workout every day in my living room? I did stuff, I reasoned. It was just not the kind of stuff that feels like anything at all.

Where is that prolific writing I hyped myself up about? It was drowned out by the babbling of my 4 year old, who spent his days following me from room to room in this single, inescapable house. Writing requires the ability to have ONE complete thought, preferably more.

At one point, I realized I was sad. The world was in chaos, the news worse every day and all my caffeinated plans had fizzled into an afternoon coma. I was grouchy because every night, I had nothing to show for that day and resolved each night to push myself harder the next day. Until I had had enough!

(This is the part of the movie where the heroine laces her boots, grunts and stands up into a wind just strong enough to swoosh her hair behind her.)

This is not how I dealt with my particular personal crisis.

It’s not something I like to do. Even the deal I made with myself felt like a big fat excuse. Was it true that I would never have this much alone time with my kids? Yes. Had it been years since I had read books and doodled and listened to music while doing nothing else? Also yes. Still, did it feel fair to let myself off the hook? Absolutely, no.

But you know what happened? I got happier. I laughed at my kids jokes. I cooked and watched the way the light changes from multiple rooms of my house. I switched to tea and put my novel away and let myself do a puzzle. And then another. And funny enough, I did scratch the surface of that to do list. No new instruments or closet purging but I played board games and practiced phonics with my 4 year old. Just the easy stuff. And you know what. It felt really great.

This is a weird season, not a productive one and maybe not an excuse to do all the lame things you’ve been putting off for years. Apparently finding a groove is more important than getting shit done. Life got a lot better when I called it a season and moved on.

Two months in a pandemic lockdown and all I have to show is this lousy blog. I’m actually totally ok with that… because I’ve already started the “Post Pandemic List” because, apparently, it takes more than a pandemic to change this leopard’s spots. 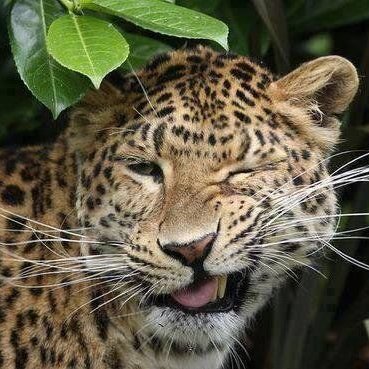