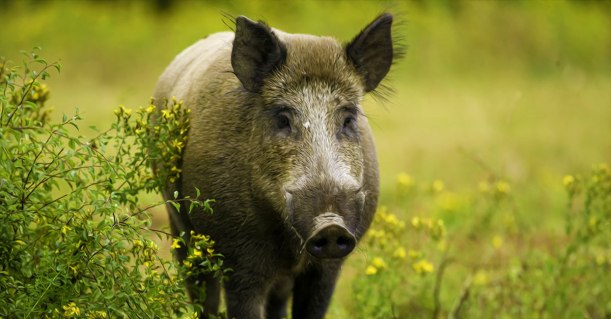 (* no wild pigs were injured in the writing of this book, albeit theoretically)

Moku heard the shot that killed the sow. He was almost relieved. The feral pua’a were overrunning the mountains and  pigs stunk up the place. They’d made mud holes in Moku’s lawn again.

He hadn’t thought about the boar piglets until he saw them foraging under the mango tree. He pulled out the traps Auntie had bought to catch the mongoose that was chewing into her packs of cuttlefish. Every time she set them, the cages turned up empty, the bait missing.

The piglets had already lost weight. One was limping. Moku was never much of a hunter and they were good as dead anyway so Moku baited the cages with rotten mangoes stewing in a puddle of Bud Light.

By the next morning, two cages contained the thrashing bodies of small pua’a. Their snouts were bloodied from lunging at the cage walls. Their beady eyes panicked as they shook and squealed. It had been hard to see them as the true pestilence they were. The third cage was empty, both of pig and bait. The work of a mongoose.

Moku had laughed. Always the third little pig that gets away. He puffed up his chest and exhaled loudly and deliberately in the direction of the closest pig cage. When his lungs were empty, he laughed again, more loudly this time.

Moku’s first impression of Carol was from her car. The three black boar had squealed in their kennel at the hairball hacking sound it made as it bounced down his dirt road.

Moku had been sitting on a plastic lawn chair on the porch, smoking and thinking about reseeding the St. Augustine grass where the pigs had torn it up. When Carol parked the green car, crooked and mostly in the road, it backfired and Moku had flinched. He had stared past her then, hoping she hadn’t seen. When she’d spotted him on the porch, she laughed nervously, shrugging and looking sheepishly from the car to Moku as though it was the first time the car had ever embarrassed her.

Up close, she was smaller than she had seemed from Pahoa’s house. Her cheeks were wizened from too much sun and sinewy blond hairs glittered against her tanned forearms. She walked like a mynah bird, strutting and stomping, a kind of falling forward like she was hopping from rock to rock. Before now, he hadn’t given her much thought. Auntie always had enough to say about her for the both of them. Carol probably didn’t know that Pahoa was such a gossip. He reported everything he saw or heard and he and Auntie speculated together.

Carol seemed younger that day, probably because she was so short. Her tank top had been tied into a knot at her middle where a thin strip of pale skin was visible when she raised her arms. It was white as coconut flesh. She had a quick smile, apologetic almost. He was the one who’d been sorry. She shouldn’t have come here.

“Hi, I’m Carol. Are you Manu?” The words were spoken clearly; the vowels clipped and with too much emphasis on the last syllable, just like a haole would say it.

“Moku,” he’d said. His high had been wearing off and it was making him raw, irritable but also open, like when a song touches you somewhere dark and fragile and you hear it for the first time.

END_OF_DOCUMENT_TOKEN_TO_BE_REPLACED

The knock at the door made Aiden jump. It seemed like he had barely closed his eyes. But when he looked toward the blackout curtains, a shard of light was breaking through. The knock came again.

“No thank you!” he yelled. Did the housekeeper not see the Do No Disturb hanger on the door?

“Um. Hello?” Aiden sat straight in bed. It was the voice from the machine last night. No. This time it really was Sam.

“Hold on!” he yelled and pulled himself to stand. “Just give me a minute. It’ll just be a second.” His brain was fogged and slow.

He reached for the khaki shorts neatly folded over the back of the desk chair and then shook his head. The mirrored closet door opened easily, hit the wall and rebounded slightly. He knew he’d be hot in the jeans he grabbed from his suitcase but he didn’t care. He popped a shirt off its hanger and when he closed the closet door, his reflection surprised him.

In the low light, he looked older, more angry. He looked like his father.

The shirt wasn’t even over his head before he reached for the chain on the door.

“Sorry,” Sam said looking him over nervously. “I didn’t mean to wake you up.”

Aiden looked at the bedside table. The clock read 9:14.

He held the door for her and she hesitated as she stepped into the dark room.

“Hold on,” he said. Pinning the door open with the chair, he walked to the curtains. When he opened them, the day was thick with sunshine. The heat of it hit him in the face and burned his eyes.

When Aiden turned back to the door, he almost gasped. She was beautiful, standing there in the light. Her skin was the color of soap; her hair wavy and fluid like desert sandstone. END_OF_DOCUMENT_TOKEN_TO_BE_REPLACED

Sam’s eyes snapped open. The dark room was grainy with the promise of morning. She lay still as the sound of sirens rose from the fog on the marsh. At first, Sam understood. Just as everything presented while straddling a dream is accepted without question. The sirens somehow made sense.

When the sirens began a second time, Sam bolted up. She stumbled to the sliding door and scanned the light beyond the glass. The Kawainui marsh was the same. The Ko’olau mountains still steepled in prayer beyond it. But it all felt different. A dense shroud of grey pressed its belly into the thickets of mangrove. The trees looked bent like blades of grass.

She stood at the door, pulling the dream back. A woman, her mother but not her mother, her finger circling the rim of a crystal glass. Sam felt like she knew something she hadn’t known before. And then the dream slipped away, a stone sinking into the pond of her mind.

A shot rang out, sending a buzz down the walls. Sam didn’t move. She watched the wind digging into the cane grass. A mango rolled down the slope of the roof landing with a splat on the pavement outside the door. END_OF_DOCUMENT_TOKEN_TO_BE_REPLACED